What about phase/time alignment and in-ears?

If you have a 3 way earpiece (for example with three drivers), the frequency spectrum is divided into three parts and you get two crossover points (the frequency where one driver takes over from the other): one speaker will do all the low frequencies, one the mid range and one the high range.

But if the sound of the different drivers does not reach your ears at the same time (because the driver responsible for the highs can be faster than the driver for the mid for example), you can get serious cancellations around the crossover points.

it seems that most manufacturers do not take this into account, often all drivers are in a row and time differences are not corrected.

In this image you can see this: 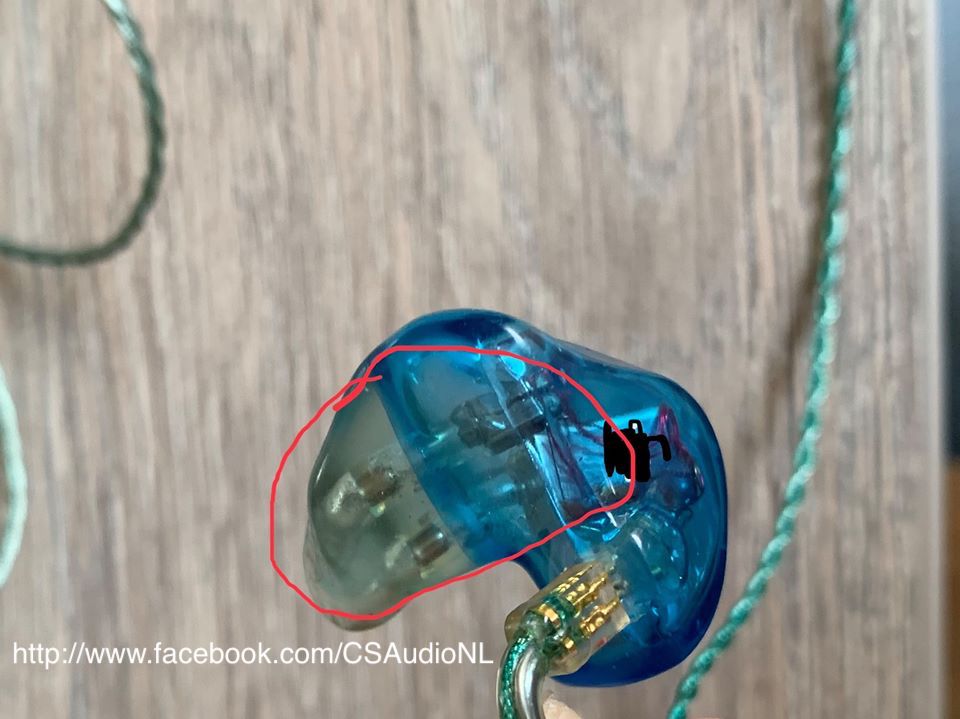 Jerry Harvey has fixed this and use their patented Freq Phase technology. With this he slows down/delays the fastest driver by putting longer tubes in between, so the sound from all speakers reaches your ears at the same time.

Read / see more about this here:

Now on to the measurements to prove that this works…

Here the measurement of the phase of three in-ears:

As you can see, Jerry Harvey has nowhere a 360 degree phase flip or something like that. And the phase of the entire frequency spectrum stays nicely between the 360 degrees.

But what does this do with the sound? 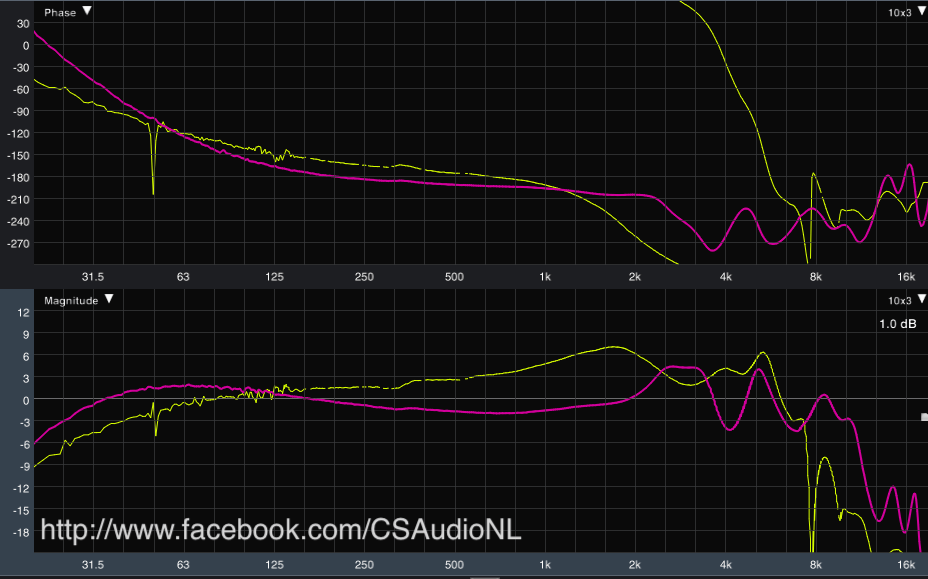 Yellow: competitor (the earpiece of the photo)

The phase change below 100hz is due to the low-cut in the headphone amp.

As you can see, the Jerry Harvey has much more highs above 8khz. In addition, you can see that the ear of the competitor has a serious dip around 8kHz.

According to Jerry Harvey (what he says in the video about FreqPhase), this is because the phase is not in order. That sounds logical to me.

I think this is why people say that Jerry Harvey in-ears sounds more enjoyable and serene. Because there are no time/phase problems!

I tried to capture the inside of a Jerry Harvey earpiece to see all the tubes, you can clearly see the drivers are offset from each other. 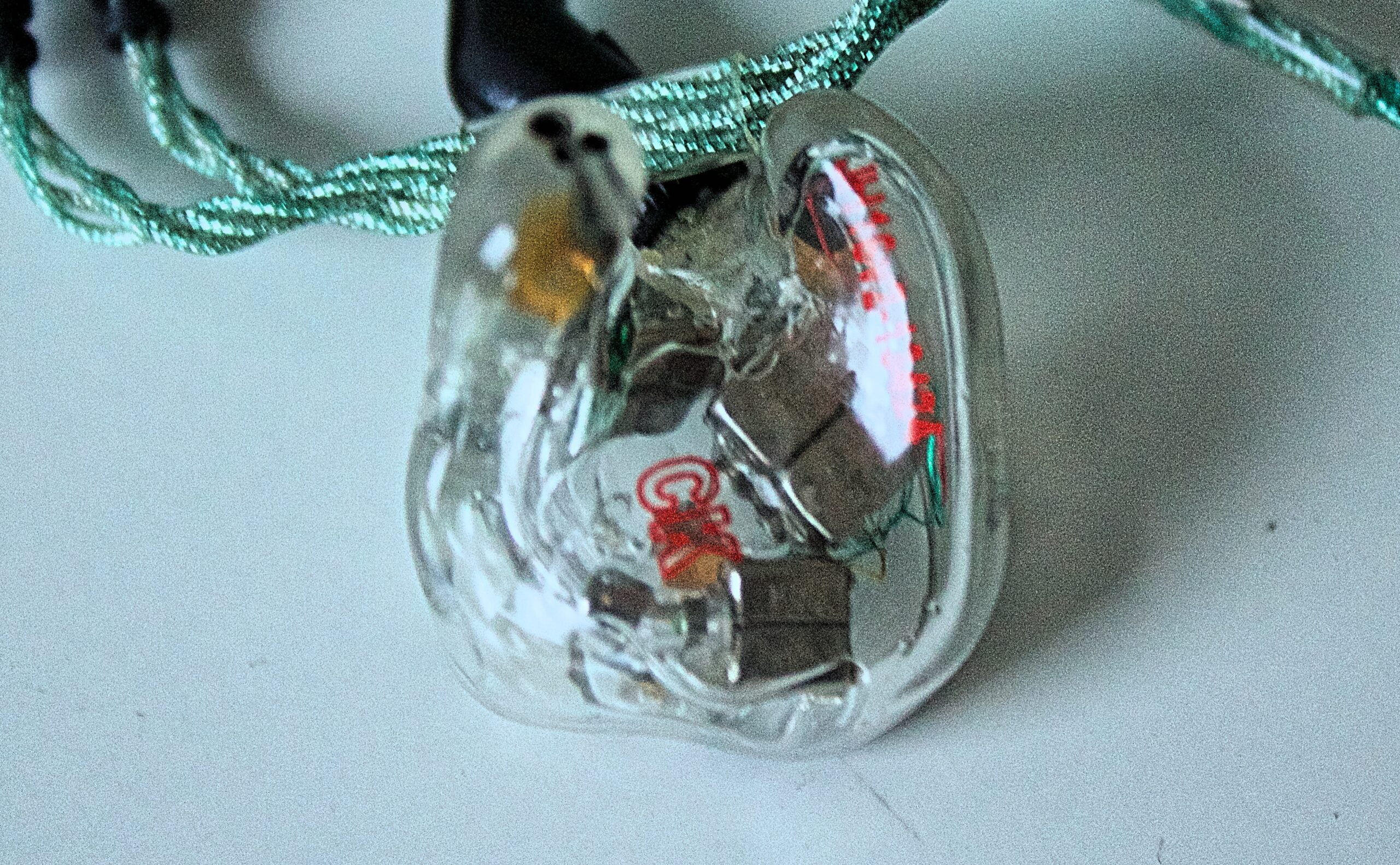 Chiel Streutjes used a 7mm MiEMi™ with an Isemcon EMX7150 mic to make these measurements.

The ultimate touring measurement kit for IEM testing & system tuning/alignment and now with an SC1 calibrator too. We got together with iSEMcon to put together a versatile system measurement kit in a protective case. Measure Freq/Phase for PA or IEMs or make accurate SPL measurements.

This site uses Akismet to reduce spam. Learn how your comment data is processed.